Once in a while, I get a Quora question that I just don’t know how to answer. I try to answer it anyway. It turns into a blog post.

This one, for instance: What percentage of your overall worldbuilding ends up in your story?

…But I also have no idea how to leave exam questions blank, so here goes.

Answer One: Less than 10 percent.

Probably less than one percent.

If you saw my post on what I keep in my writing notebook, you probably deduced that I’ve done a lot of worldbuilding. A lot. My worldbuilding currently runs to several books’ worth of content, if we combine all the notes in various notebooks, the content of my OneNote worldbuilding file, the Excel spreadsheet slash Niralanes dictionary, and the actual book I wrote just so I could cite it in other books.

The page counts get even longer when we start adding texts that are part of the world I’m building, but that I didn’t write. An example that is also a spoiler: like The US Book, which features prominently in Nahara.

There’s a reason the OneNote file has a tab called “Library.”

How much of that ends up on the pages of the published books? Not a lot, and to be honest, more than I’d like. I don’t like exposition-dumping, even when there’s a plot- or character-based reason it’s happening.

Suffice it to say that what I’ve published is a mere fraction of what I actually know about the spacetime in which the Non-Compliant Space series is set. And what I know expands daily, since I constantly have to contextualize characters, places, and events. Every day I write, I have to find answers to questions I didn’t know I had.

Answer Two: All of it.

“But wait!” said my brain, as I labored to calculate the exact quantity of worldbuilding that appears in my final drafts. “Without all those years of plotting and planning, none of the words in this story would exist at all. So isn’t all of our worldbuilding actually in this book?”

…My brain has a point.

There are a lot of things that aren’t explicitly laid out in the books. For instance, Nantais tells you, the reader, that the Jemison is a research vessel owned and operated by a massive and somewhat shadowy corporation called Interstellar Science, but it never explains exactly what Interstellar Science is or how it came to be. The Ambassador includes several opening scenes that reveal some key negotiations between another massive, shadowy corporation, Amalgamated Logistics, and various governments on a planet called Viida, without giving you one second of the millennia that led to Viida’s current configuration of nation-states. Characters in Nahara jump to conclusions about a Viidan character based on what they can deduce from the languages he speaks, without stopping to lecture on ethnopolitical minutiae.

None of these things can happen without all the worldbuilding I’ve done. They just wouldn’t exist. If I hadn’t bothered to think through things like interplanetary politics, what happens when corporations have all the rights of natural persons, or just how it is humans can distinguish the English from the Irish by their accents, the novel universe would be hokey as heck. I’d be a poster child for Terrible Writing Advice.

Yes, I know exactly how the quest launched in Nantais ends. If I didn’t, I wouldn’t be able to give you, the reader, the pieces you need at the right moments in order to make that conclusion seem realistic, let alone interesting. So all that worldbuilding is ending up in the story; it’s just ending up there in pieces, instead of as an infodump. 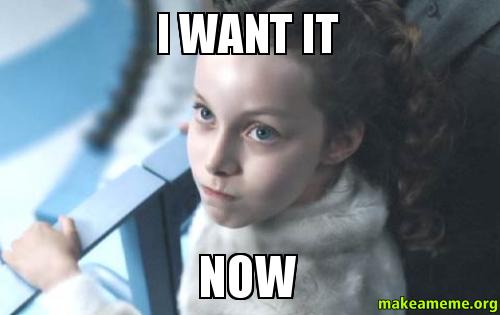 Answer Three: As Much As I Need

How much worldbuilding do you really need?

As much as it takes to tell the story well.

And how much of it ends up in the finished work? All of it, if you’re using your worldbuilding time efficiently, but almost none of that appears as an exposition or infodump.

Instead, it appears as:

Character descriptions that tell us something about the character.

She wore battered standard-issue coveralls and a pair of fingerless gloves that covered her palms. Tools bristled from the pockets at her sides.

Revelations that the problem is more complicated – and thus the stakes are higher – than we thought.

“Wait,” Molloy said, as the first half of this sentence registered. “Five species in one system? Sentient species?”

She’d never heard of such a thing. “And forty languages? In the system?”

“Forty in the Syndicate,” Nantais corrected. “There are over ten thousand in the system.”

I could just say “This universe is very politically, culturally, and linguistically complex. I am definitely not introducing you to species after species that are defined by one particular character trait.” Or I can let readers experience what it feels like to learn how big the universe is for the first time.

“Those two are regulars, and regular assholes if they get drunk enough. But they keep to themselves. Usually.”

“Don’t worry about it,” Cordry said. “They’re fine as long as they’re sober and everyone keeps their mouths shut about their precious empire.”

After this scene, I’ll never have to waste time describing the Viidan imperial military as a breeding ground for knee-jerk patriotism and xenophobia ever again. You already know, and when it costs someone their life, you’ll have seen it coming from five books away.

“I’m afraid I don’t know much about espionage. Mostly, all I do is talk.”

The waxberries were actually cranberries. Maz flicked one onto the desk in disgust.

I find it easiest to worldbuild-as-needed. I make myself notes in the margins, which I then add to the OneNote or Excel files at a later date. If a particularly interesting idea arises, I make a note of it, then do research later, when I’m not trying to write. My worldbuilding files have increased in size over time, as I’ve added finished stories and novels to the published universe.